I'm starting off with this recipe as it is one I use almost every day, and have for more than 25 years. I've let others try it, some like it, some love it, some almost spit it out with one sip.

You can do this different ways, so let me first give you the basic idea, then some of the ways I've done this, and the way I ended up using as my favorite.

The basic idea is to put small amounts of the first three ingredients (Chicory, Dandelion, Burdock) in water. (You can also use any combination of them you like, such as Chicory alone, Chicory & Dandelion, and Chicory & Burdock. I suggest always having Chicory as one of the ingredients, but I've also just used Burdock or Dandelion or Burdock and Dandelion. Be aware, in my experience, the Chicory is the key to it tasting really good).

Bring the water to a boil and simmer for about 10 minutes or so. If you think of it, you can let the ingredients soak overnight or even for an hour or two in the water before heating it. This is especially a good idea if your Burdock and Dandelion are dried and in large, hard chunks. You get more out of them this way. I almost always put the ingredients in the water before going to bed, and heat it the next morning.

Turn off the heat and strain and add the coffee, or just add the coffee without straining and let the coffee soak in the water with no heat for about 3 to 5 minutes. Strain off, and use the coffee the way you normally would. I tend to strain before adding the coffee, so I can add the ingredients back to some more water and cook some more to use for a 2nd cup of coffee. If you do this, you will need to add a bit more Chicory for the 2nd boiling, but not the other two.

There are 3 different ways I've done this over the years, and here they are:

The first is really easy, and is not a bad way, but you don't get as much of the flavor with this method. You can soak, cook, then cool down and strain and put in a coffee maker, but it's a lot of work. I've done it, and stopped fairly quickly.

The second way is the way I used for many years when I didn't have a microwave. Works well, fairly easy. Problem with this method is that if you put the coffee right in the pot after simmering, you can't use the ingredients for making a second cup. You can strain into another pot before adding the coffee, but you have to heat up to a simmer again before adding the coffee, because if you don't the heat gets soaked up by the second pot and the coffee just doesn't turn out as good.

The third way is the way I use now. Once I had the times down for the microwave, it is super easy. If you strain from one jar to another, you can just pop it back in the microwave for 30 seconds to bring it right back up to a simmer.

The pictures below are for the third method. 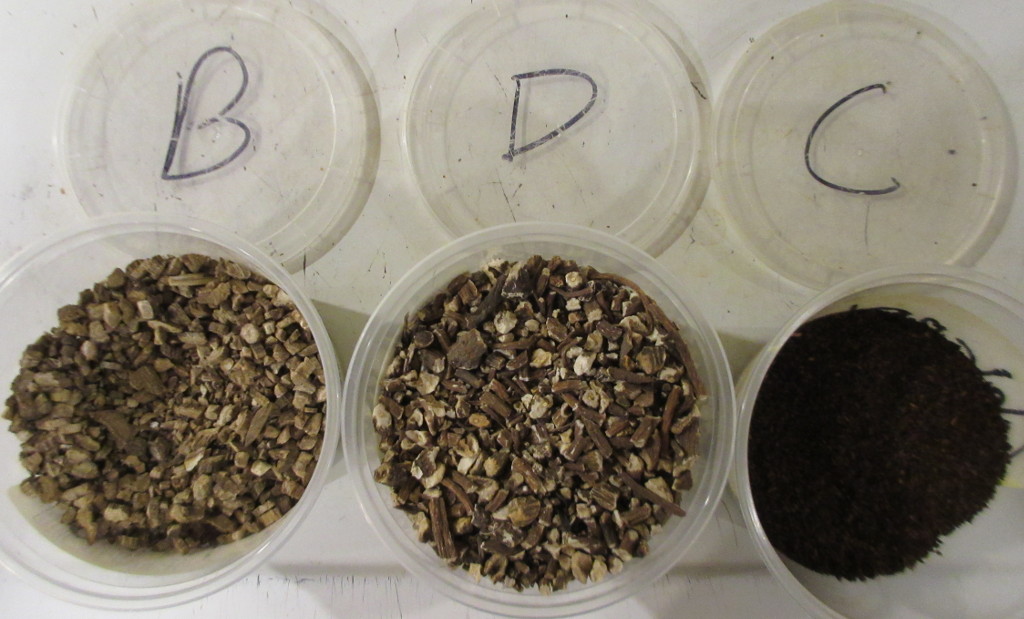 These are the 3 main ingredients not including the coffee itself. I keep them in containers with lids in a dark cupboard. B is for Burdock, D for Dandelion, C for Chicory. As it is off season when I wrote this, I'm using last years dried harvest. 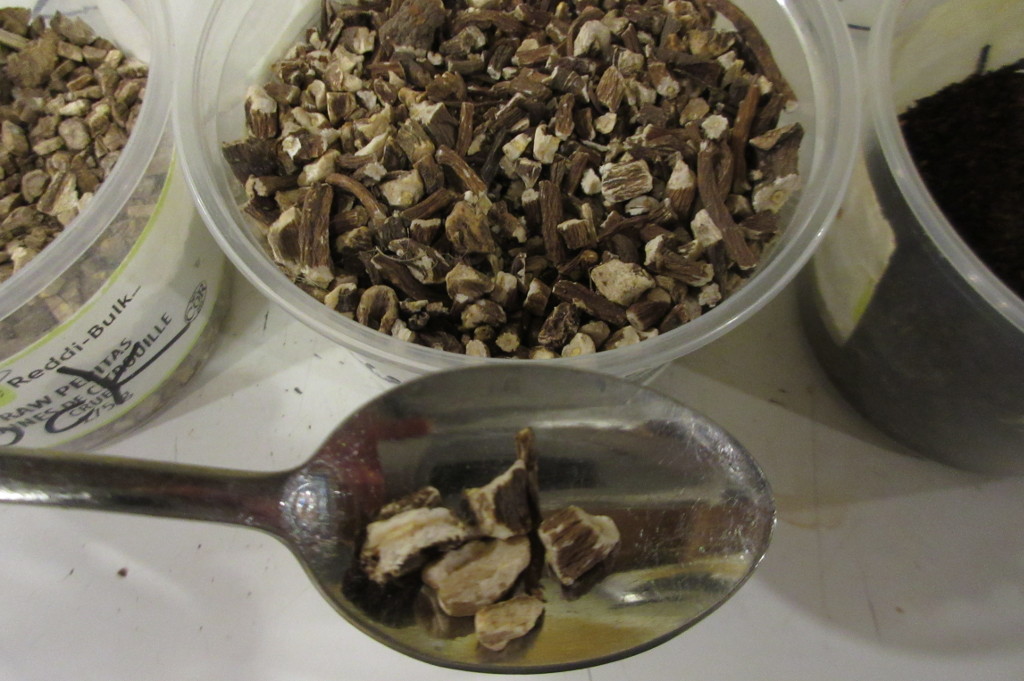 For 1 mug of coffee, this is how much Dandelion I use. I use the same amount of Burdock. Adjust to taste. This is on a regular teaspoon for size reference. 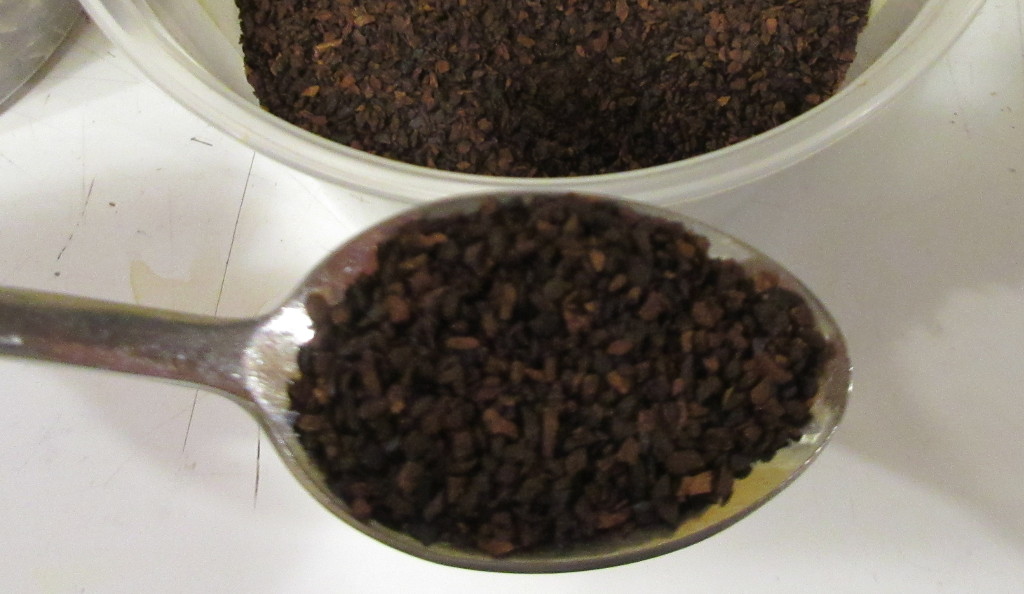 This is how much Chicory I use for 1 mug of coffee. 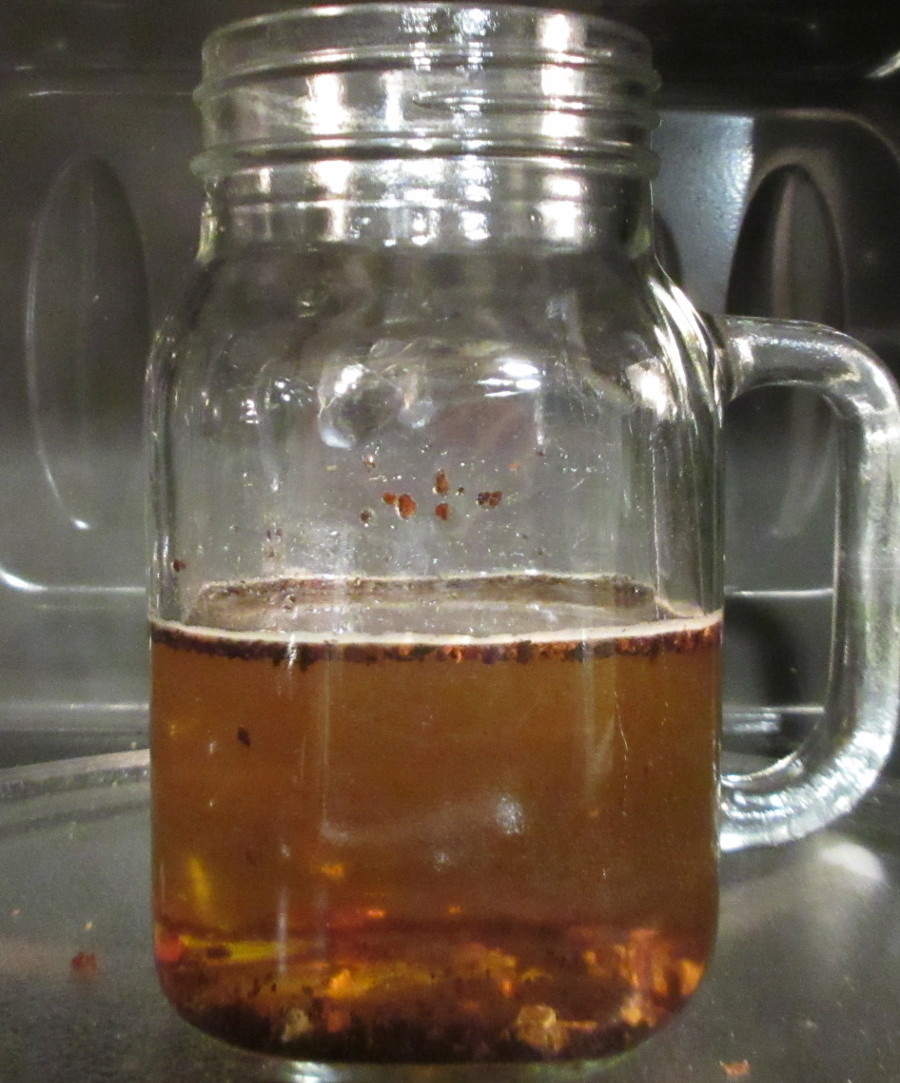 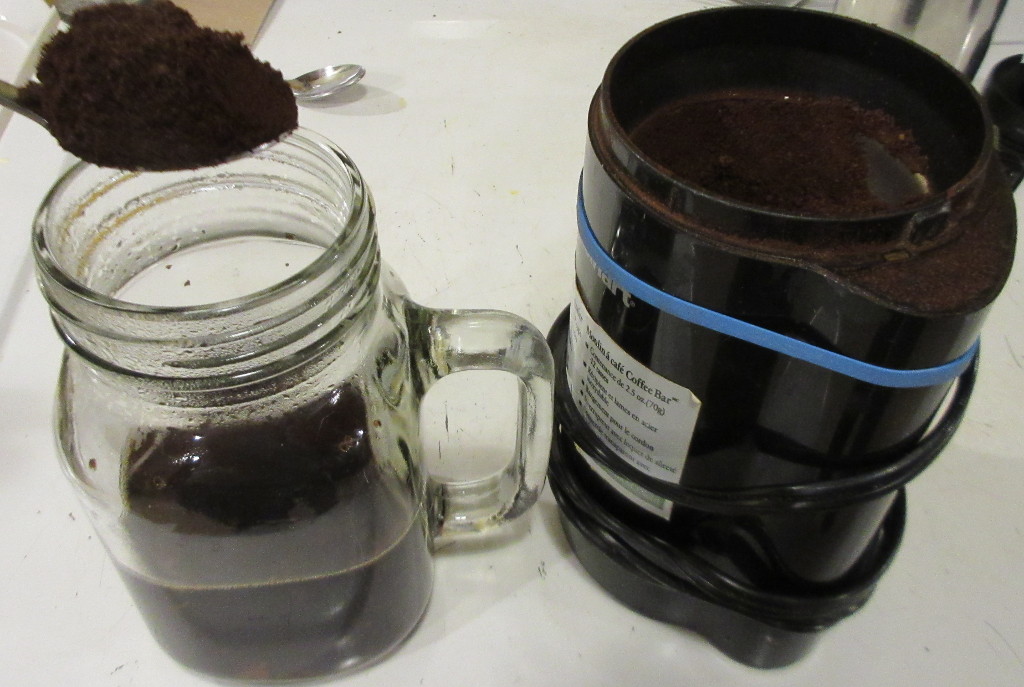 Immediately after time is up, take out of microwave and add the coffee. Let it stand for 3 to 5 minutes. After letting stand with the coffee, strain off. Use as you would normal coffee.

Why does this site have ads?

Originally the content in this site was a book that was sold through Amazon worldwide. However, I wanted the information to available to everyone free of charge, so I made this website. The ads on the site help cover the cost of maintaining the site and keeping it available.